Starlog was a monthly science-fiction film magazine published by Starlog Group Inc. The magazine was created by publishers Kerry O'Quinn and Norman Jacobs. O'Quinn was the magazine's editor while Jacobs ran the business side of things, dealing with typesetters, engravers and printers. They got their start in publishing creating a soap opera magazine. In the mid-1970s, O'Quinn and high school friend David Houston talked about creating a magazine that would cover science fiction films and...

As a vital part of the Solomon R. Guggenheim Foundation’s mission as an educational institution, the Guggenheim Museum’s Publications Department publishes books and catalogues to document its exhibitions and collections.

Books to Borrow
The American cinema; directors and directions, 1929-1968
by Sarris, Andrew
texts

Books to Borrow
The American cinema : directors and directions, 1929-1968
by Sarris, Andrew
texts

Books to Borrow
A viewer's guide to film theory and criticism
by Eberwein, Robert T., 1940-
texts

Folksonomy : A system of classification derived from the practice and method of collaboratively creating and managing tags to annotate and categorize content; this practice is also known as collaborative tagging, social classification, social indexing, and social tagging. Coined by Thomas Vander Wal, it is a&nbsp; portmanteau &nbsp;of folk and taxonomy. Folkscanomy : A collection of books and text derived from the efforts of volunteers to make information as widely available as...

Were you one of the several people on Earth who didn't catch every historic episode of the most-downloaded podcast ever? Or maybe you treasured every golden moment and want to preserve it for future generations? Now, all 12 episodes of The Ricky Gervais Show: The Complete First Season are here in one package that's far tidier than Karl Pilkington's thought processes. It's more than six hours of Ricky's rants, Steve Merchant's meanderings and Karl's - well, whatever it is that Karl does
favoritefavoritefavoritefavoritefavorite ( 3 reviews )
Topics: Ricky Gervais, Podcast, comedy

A collection of Male-oriented vintage newspapers and magazines.

Pulp magazines (often referred to as "the pulps"), also collectively known as pulp fiction, refers to inexpensive fiction magazines published from 1896 through the 1950s. The typical pulp magazine was seven inches wide by ten inches high, half an inch thick, and 128 pages long. Pulps were printed on cheap paper with ragged, untrimmed edges. The name pulp comes from the cheap wood pulp paper on which the magazines were printed. Magazines printed on better paper were called...

Getty Research Institute
Photogenic manipulation : containing the theory and plain instructions in the art of photography, or the production of pictures through the agency of light : including calotype, fluorotype, ferrotype, chromotype, chrysotype, cyanotype, catalissisotype and anthotype
by Bingham, Robert J., author
texts

Bound with: List of prices of the apparatus and materials required in the practice of photography, including both plate and paper processes, the whole fully described in photogenic manipulation by Robert J. Bingham. London : George Knight and Sons, 1848 (92-B22562)
Topics: Photography, Photochemistry

Book digitized by Google from the library of the University of California and uploaded to the Internet Archive by user tpb.
Topic: Photography
Source: http://books.google.com/books?id=ztRIAAAAIAAJ&oe=UTF-8

American Libraries
A treatise on photography : containing the latest discoveries and improvements appertaining to the daguerreotype
by Lerebours, N.-P. (Noël Paymal), 1807-1873
texts

An early collection of books from the Indian scanning centers of the Universal Library Project, sometimes called the Million Books Project. Many of these books are not complete or in good shape.

The Universal Library Project, sometimes called the Million Books Project, was pioneered by Jaime Carbonell, Raj Reddy, Michael Shamos, Gloriana St Clair, and Robert Thibadeau of Carnegie Mellon University. The Governments of India, China, and Egypt are helping fund this effort through scanning facilities and personnel. The Internet Archive has contributed 100k books from the Kansas City Public Library along with servers to India. The Indian government scanned the appropriate books. The... 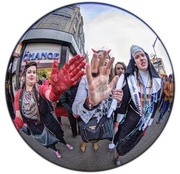 Radio-Electronics was an American electronics magazine that was published under various titles from 1929 to 2003. Hugo Gernsback, sometimes called The Father of Science Fiction, started it as Radio-Craft in July 1929. The title was changed to Radio-Electronics in October 1948 and again to Electronics Now in July 1992. In January 2000 it was merged with Gernsback's Popular Electronics to become Poptronics. Gernsback Publications ceased operations in December 2002 and the January 2003 issue was...